2. Any competitor with a health problem or serious ailment may not compete in the contest.

5. If a competitor vomits or regurgitates at any time during the competition or during the time period the Coney count is being tallied, he or she will be disqualified.

6. The use of utensils is not allowed.

7. In the event of a tie between competitors, there will be a 60 second “run off” to determine the winner.

8. Separating the Coney and bun is permitted.

9. Dunking and crunching the Coney and bun is permitted.

10. Partially eaten Coney’s will not be counted except in the case of a tie.

11. If contingencies or disputes arise at the contest before, during or after, that are not explicitly covered by these official rules, the Executive Judge’s decision will stand with the same finality as the rules.

12. Contestants may not touch the Coney’s until the starting signal.

13. Only entire eaten Coney’s will be counted (including buns).

14. Contestants will be given Four (4) minutes to eat as many Coney’s as provided.

15. Contestants will be provided water during the contest. Only water can be used, no other beverages.

17. Contestants must be checked in between 11am and 12pm on 2/5/18 at the KMYZ booth at River Spirit Expo at Expo Square.

20. Winner agrees to pay all applicable taxes on prize.

21. All rules subject to change without notice.

ALL RULINGS BY JUDGES OF EVENT ARE FINAL 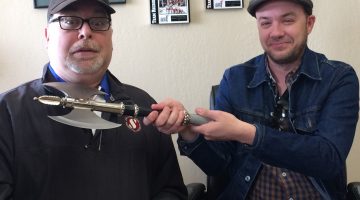 TUESDAY ON THE MORNING EDGE