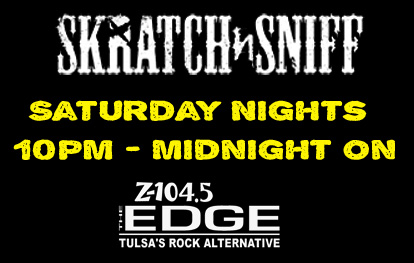 Z-104.5 The EDGE is going to re-mix the radio on Saturday Nights from 10pm – Midnight with the NEW Show “Skratch N’ Sniff” hosted by Malcolm and DJ Mike Czech. It’s a TON of great EDGE Music re-mixed and on your radio! Click HERE to listen to some previous “Skratch N’ Sniff” episodes.

What would you get if you tossed some of the biggest songs in rock and hip-hop into a blender and served them up on a platter of the sickest turntable skills?

Somehow Skratch ‘N Sniff Radio hosts DJ Mike Czech and Malcolm have managed to blend together all the above elements into one of the most exciting radio shows to take to the airwaves since Howard Stern made his debut.

“Hip-hop and rock were out drinking one night and they ended up in a hotel together. Neither one of them remembered how they got there when they woke up in the morning,” says host Malcolm. “Nine months later, Skratch ‘N Sniff was born. He never met his father.”

Since its debut in 2003 on the radio in San Diego, The Skratch ‘N Sniff radio program has taken terrestrial radio by storm. Conceived
by on-air host Malcolm and programmed by DJ Mike Czech, the program takes some of the biggest songs from rock and hip-hop and blends them together to make an unbelievable mix show that fans of both genres are tuning into in droves. The show has grown from a local San Diego radio show into a smash radio success with syndication to nearly 60 affiliates throughout the US, including Boston, Tampa, Denver, Atlanta and NOW in Tulsa on Z-104.5 The EDGE!.

“Our success is also a result of doing something that has been long forgotten; playing great music and not worrying if it fits into a certain format. You need a great party mixtape-style show that brings all kinds of music lovers together,” says DJ Mike Czech. “Not that many people listen to only one kind of music, and we blend everything from classic rock to modern metal, from 80′s electro to old school hip-hop. We offer something that regular radio has been missing; we’re unpredictable.”

Malcolm sums up the show perfectly by saying, “We’re not out to break any records, we’re just out to manipulate them.” 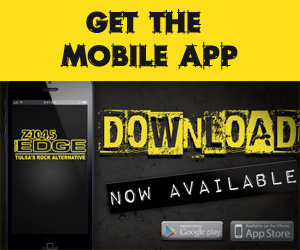 Stay in the know with all things Edge including Concerts, Contests, and more!